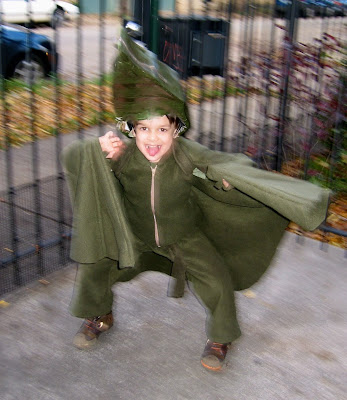 As I do every year, I lobbied hard for the family costume of WordGirl (me), Captain Huggyface (Julian), and Toby (Fred), but Julian refused, in part because he wants to be the star of our costume drama, and in part because there are so many other exciting costumes out there.
A partial list of things Julian wanted to dress as for Halloween:
Telephone
Dinosaur
Pink Panther
Computer
Tornado
Batman
Spider
House
As you can see, the list of possibilities is long and, in many cases, the execution of the costumes may be tricky. When Fred asked Julian how he would go as a tornado he said, "I dunno" and then when Fred said, "It is up to us to figure out?" Julian concurred. So a few weeks ago, I told him he was going as a pterodactyl because this was a costume I could make. 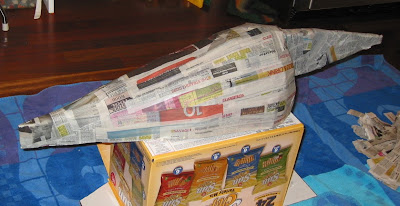 For the head, I created a frame with cardboard and a baseball hat. After a week of layering glue and newspaper strips, I painted the head with acrylic paints. My mom sewed his polar fleece pants, jacket, and wings, with bamboo sticks inserted at the ends to create a bit of shape.

Unfortunately, we probably approached the costumes from a visual standpoint and forgot about the actual wearability factor because Julian ended up doing most of his trick or treating without a head. It is a shame because I think he made a really excellent flying dinosaur. 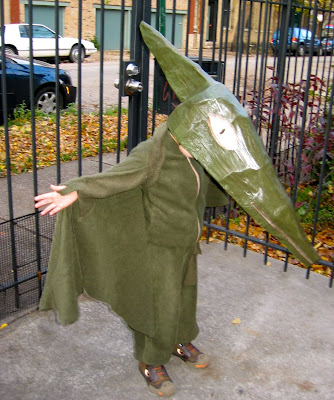 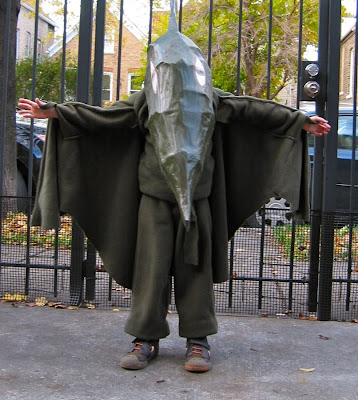 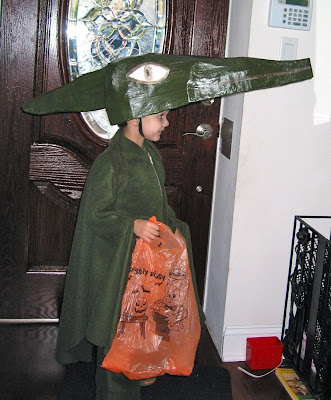