My Baby Left For Sleepaway Camp!

This morning I made the first of what I imagine will be many good-byes to Julian. 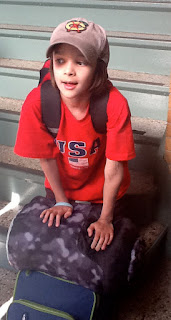 He was beyond excited by the prospect of going away to camp, though he kept reminding us he wasn't really going away for a week as a week is seven days and he was coming back on Friday.

So excited was he that he forgot to say good-bye. 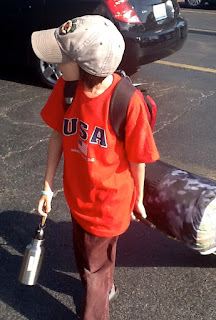 
Those mice could bite you, Holley howled
The river's full of snakes.
To think of you atop a frog
Gives me the quiver-shakes

and while I know the chances of him getting bitten by a poisonous snake or breaking his legs are miniscule and, let's be honest here, the frogs have more to fear from him than vice versa, that doesn't mean I won't worry.
Obviously, I have years before he reaches adulthood and, contrary to Bono's plaintive cries, while Julian may well think he doesn't need me anymore in moments of bravado, those moments are quickly followed by his demands that I do something for him or attend to an injury, so, yeah, I know he still does. We have had months to prepare for this day, so I know he is ready for the adventure, and, I can't lie, I have also been looking forward to a week of dining out with Fred and having more time to write. So my sense of meloncholy may well seem self-indulgent if not downright hypocritical, except, it seems like this day came so fast and, in my heart, Julian still looks like this. 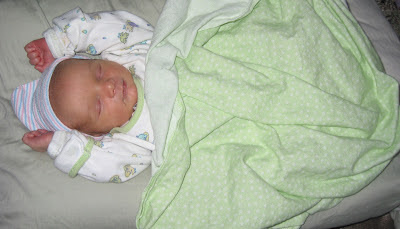