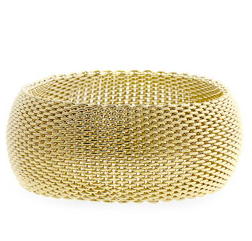 Lately, I have become somewhat obsessed with Jewelry Television.
It all started late one Saturday night a few weeks back. I was paging through the guide, mildly irritated that there was nothing to watch, when the word Gemstones caught my eye. "They aren't really selling loose stones," I thought, but when I clicked on the channel, I saw that that is exactly what they were doing. It struck me as so odd, the idea of buying gemstones from a television set, and I started to wonder who else was watching and who was buying. I have come to find the constant sales pitch of the announcers to be oddly soothing. I enjoy the random pieces of information about various gemstones (for example: moldavite was formed by/came from meteorites--I am so using that in a story some day). I like seeing gemstones of which I have never heard (chrome diopside) and evaluating them free of cultural baggage. The prices seem decent, but then, I really have no idea what gemstones are worth.

I suspect it is only a matter of time before I actually buy something and then I will be stuck wondering what to do with the beautiful, shiny objects.
I have not found myself similarly enthralled by the jewelry shows. I suspect this is because my inner magpie is not sated by items which have a function. 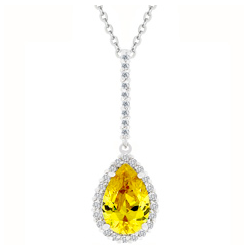 A few months ago, I received an email asking if I would check out a jewelry designer's website and post my honest thought on my blog. Now, ordinarily, I ignore these sorts of requests, but Sarah seemed sincere and I like looking at shiny objects, so I checked out her website, thought the pieces looked cute, flagged her email for later consideration, and forgot all about it.

This probably is a pretty good description of my relationship with jewelry in general. I fall head over heels in love with a piece, bring it home, admire myself in the mirror, put it away because I don't have that many places to wear jewelry, and then forget about it when the occasion for display presents itself. This may be, in part, because with the exception of my wedding ring, I don't wear jewelry very often. Even though I have two holes in each earlobe and one on the left side of my nose, holes that I really prefer to avoid re-piercing whenever the need for earrings arises, I rarely even manage to wear simple posts in my ears. You can forget about bracelets and necklaces and I have never quite figured out how one wears a brooch. I would like to say this is part of a larger problem I have with accessorizing in general, but I think it really is due the fact that I fidget. A lot. If left to my own devices, I play with my hair, jiggle my legs, and tap out drum beats with my feet, jewelry would just be another thing with which I would unconsciously fiddle. Which I know makes me look self-conscious, immature, and ultimately, unattractive (though, on the plus side, all that nervous movement may be burning extra calories, so that's something). And since the whole point of adorning one's self with decoration is to make one's self attractive to others, I would sortof be working against my own interests, wouldn't I? Not to mention that I have lost many pieces of everyday jewelry precisely because I unconsciously removed them, set them down somewhere, and forgot all about them until later. 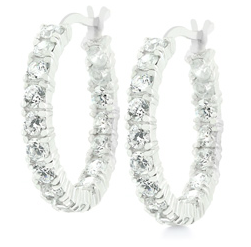 It is unfortunate because I love jewelry. I see women wearing cool necklaces and bracelets and find myself wishing I had reasons to wear jewelry on a regular basis. I see pictures in magazines and think about how a few simple pieces paired with clothing I already own would recreate a certain look. I see pieces on other people and think that I, too, should get jewelry exactly like theirs because it looks so great. But in the end, I gravitate toward items which I wouldn't feel comfortable wearing everyday and avoiding the items I like so much on others
So today, I was reminded of Sarah's email and went and checked out her website. I have posted pictures of the stuff I like and, true to form, it all seems to have more sparkle than one tends to see out and about on a daily basis (I told you, there's a little bit of Corvidae in my DNA, shiny will beat useful every day of the week). I have no idea if she even remembers contacting me, but I figured since she took the time to read my blog, I should give her a shout out. I mean, her email spurred me to write (something I have had trouble doing lately), the least I could do is suggest people go and check out her work. 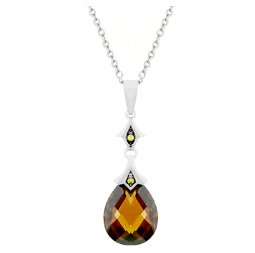 And wouldn't it be weird if she bought all her loose stones on Jewelry Television?
Email Post
Labels: blogging Fashion writer's block