Peace In Our Time

This is a panorama photo of the Reed College War Memorial and Protest.

3,000 red flags
represent the 3,055
America soldiers who have died in the war in Iraq.
*In addition 356 soldiers have died in Afghanistan.

655,000 Iraqis have died.
Each of the 120,000 white flags represent
6 Iraqi soldiers and civilians who have
died in the
War in Iraq

Yes, they base their numbers on the controversial Lancet study so, perhaps, the number of flags are not truly representative of the number of human beings who have lost their lives in Iraq. It doesn't change the power of the photos or the reality that people have died (we can quibble over the numbers all we want, but every person who dies is important to a whole host of people who feel the loss of that one individual intensely.) 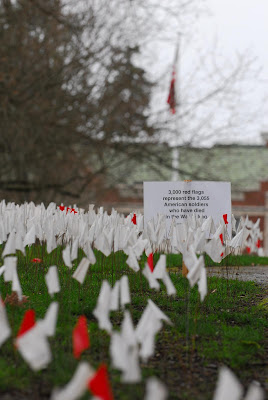 When the first Iraq war came, I was eighteen and I knew where I stood. I remember riding the bus home (I lived in an apartment off campus that year) and some guy my age asked me what I thought of the war. I told him I thought it was a bad thing. He told me this was probably because I didn't actually know anyone fighting seeing as I was obviously a student at that crazy commie school. For him, supporting the troops meant supporting the war. I told him I didn't like the idea of anyone dying and that, for me, supporting the troops meant meant only putting them in harm's way when absolutely necessary and I wasn't convinced.

My father supported that war. He insisted that a nation's sovereignty must be respected and that it was wrong for Saddam Hussein to manufacture a grievance as grounds to invade Kuwait.

In retrospect, I think my father was probably right. A nation's sovereignty must be respected. It is wrong of a nation to manufacture a grievance in order to justify the invasion of another country. 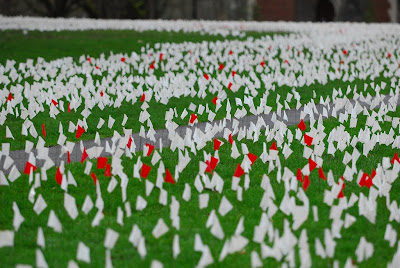 In the weeks before the current Iraq war, I didn't know how I felt. It felt inevitable and had felt that way for many months. George W. Bush was going to war with Iraq, regardless of what anyone else had to say. I didn't like the idea of going to war, I didn't think it was right for one nation to invade another, and I didn't think it would end terrorism. I didn't like the lack of diplomacy displayed by the United States and I didn't like the way our President squandered the sympathy generated by the events of September 11. I felt like I was trapped in a slow moving car headed straight for the edge of a cliff. However, Saddam Hussein was a terrible dictator who gave the impression he had something to hide and freeing the Iraqi people from his rule seemed like it would be a good thing.

I remember listening to the UN Security Council debate regarding the proposal by the US, Spain, and the UK which would have authorized military action and I remember how angry it made me. I remember one of the delegates, perhaps it was the ambassador from Brazil, saying that extending the "oil for food" program while continuing sanctions was necessary to secure "peace in our time." I called everyone I knew, shouting, "Peace in our time? OH MY GOD, someone actually said PEACE IN OUR TIME! They believe Saddam has nuclear weapons, they just don't care enough to do anything about it! What the hell is wrong with these people?" (although, to be fair, this is a misquote. Neville Chamberlain actually believed the Munich Agreement would bring peace for our time.) I started singing a variation of Robyn Hitchcock's Cynthia Mask, "Peace in our time, oh thank you Saddam, tell that to the Shia, tell that to the Kurds." I didn't necessarily believe that we should go to war, but I didn't think we should imagine for a moment that living in Saddam Hussein's Iraq was anything less than terrifying and if people believed that Saddam Hussein had nuclear weapons, how could they just sit there and say sanctions were working?

I felt paralyzed. The only feeling I could identify, the only feeling with regards to the war which wasn't conflicted or modified was incredible sadness. I remember thinking how, in a month or two, people who were at that point living their lives in Iraq would be dead and it would be because of the United States. People who would die because of the war who might have lived in Saddam Hussein's Iraq. For those who would lose a loved one, it wouldn't matter if the war was right or wrong. 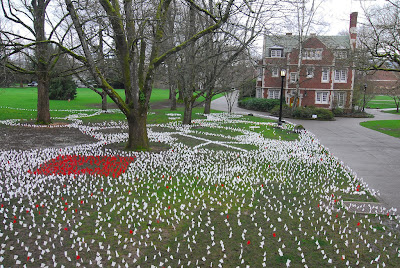 We were told the war would end soon. And we were told it ended soon. Saddam's statues were toppled, President Bush stood on the deck of an aircraft carrier an announced the mission had been accomplished, there was even an Iraqi election. But here we are, four years after the first shots were fired, our troops are still there and people continue to die.

Before the war, the Bush administration and those who supported their efforts told us our soldiers would be greeted as liberators, that the Iraqi people would throw flowers at them and wrap them in hugs. It didn't happen. Since then we have been told that anyone who criticizes this war or how it has been fought is not supporting our troops or is siding with the terrorists. 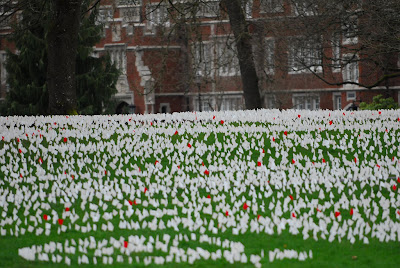 Thanks to Dean for bringing this to my attention, Professor Ed Segel for teaching me everything I know (which, I'll admit, is not much) about diplomatic history and World War II, and my Dad for encouraging me to go to that crazy commie school all those years ago.
Email Post
Labels: Passage of Time Politics Reed The Day and The Aftermath

Anonymous said…
This was a brilliant post. I think you expressed exactly how I felt throughout the progression of this war. I had forgotten about the way I felt in the beginning. I had the same mixed feelings.

Vienna said…
This is a timely post, in light of the debate over at the Smart Moms Who Like to Argue page. I was tempted to link here, but didn't. This was a wonderful post, and the pictures were astonishing.
1:18 PM, March 18, 2007