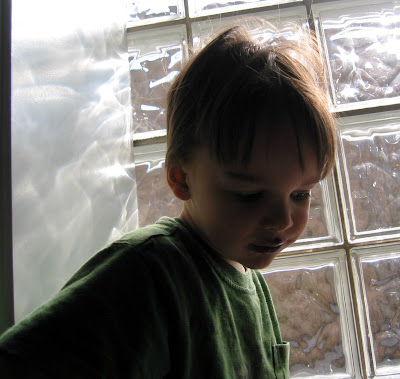 “Making the decision to have a child is momentous. It is to decide forever to have your heart go walking around outside your body.” Elizabeth Stone

Like all mothers, I spend a good chunk of time worrying about my child. I am full of questions. There are the everyday ones like
There are the occasional ones like
But, unlike millions of mothers around the world, I never ever have to ask the questions
From the Oxfam America website: 840 million people go hungry each year. 1.2 billion people live on less than $1 a day. 12 million people die each year from a lack of water. Over 30,000 children under the age of five die each day due to hunger and other preventable causes.

On this Mother's Day, please consider making a donation to help end global poverty. Oxfam, Care, WorldVision, and many other charities are actively making a difference in communities around the world. Also, please write to your senators and congressman to ask them to support the Global Poverty Act of 2007 (S. 2433) which would require the President to develop and implement a comprehensive strategy to further the United States foreign policy objective of promoting the reduction of global poverty, the elimination of extreme global poverty, and the achievement of the Millennium Development Goal of reducing by one-half the proportion of people worldwide, between 1990 and 2015, who live on less than $1 per day.

Together, we can make a difference. And perhaps, someday, we will be able to answer the following questions in the affirmative

Anonymous said…
Are you serious!? People in our own country are starving and you want to give .7% of our GDP to the UN! The dollar is crashing, we have HUGE trade deficits and our economy is failing and you want to GIVE more of it away! I gladly send money every month to World Vision and Children International, but I shouldn't be forced to hand even more of it over by gunpoint. If you want to help them go right ahead, but keep your hand out of my pocket.
9:30 AM, May 12, 2008

The Democrats (like liberal GWB) will expand the welfare state even further with Socialized Medicine.

And here they are, calling on us to feed the world with yet another corrupt bureaucracy that will suck up all the funds for itself rather than getting it to the people who really need it.

The Kenyan economics expert James Shikwati, 35, says that aid to Africa does more harm than good. The avid proponent of globalization spoke with SPIEGEL about the disastrous effects of Western development policy in Africa, corrupt rulers, and the tendency to overstate the AIDS problem.
http://www.spiegel.de/international/spiegel/0,1518,363663,00.html

If people want to really help, donate to Heifer.org or Kiva.org.

US politicians really needs to stop infantilizing Americans, and the world. They are creating monsters of never-ending needs.
9:32 AM, May 12, 2008

Anonymous said…
Tell me your joking woman. Before you spout off about crap you don't know about, do some real research and use common sense for once. This bill is a horrible one and needs to be stopped immediately.
I have enough trouble making ends meet each month, I don't need more unnecessary taxes taken out. And don't tell me it says it won't cost any more money, because it will cost an estimated 845 billion over and beyond what we currently pay over the next 13 years! And that is only the tip of the iceberg. Do real reasearch, you will be shocked at what this bill is trying to accomplish.
7:45 AM, May 15, 2008

alimum said…
Thanks for reading. It is pretty rare for people who are not friends and family members to pop in, much less leave comments.

I would be happy to discuss these topics further, the merits of the bill and the research I have done, but you have failed to leave your name and, for all I know, you are just another troll on the internet.
2:51 PM, May 15, 2008

Snarkmeister said…
"Liberal GWB"?? I'd say the trolls are living in an alternate universe, because in my world, GWB is pretty much the opposite of "liberal."

I liked your thoughtful post. And granola bars + apples for two days is just fine. Turns out that it's more important to judge what your child is eating over the course of a week or month than over the course of a day. Kids are famous for going through phases where they eat the same thing over & over and totally reject anything else. He'll branch out eventually, so don't stress over it too much. My son used to eat nothing but chicken nuggets and french fries; now he's fanatical about vegetables, rice, pasta, and milk. He'd rather eat edamame than a hamburger. It all evens out eventually. :)
2:12 PM, May 16, 2008

Unknown said…
Nice thoughts!
But what is the world doing to end poverty and make a difference !
Have you heard about the end poverty2015 campaign initiated by UN?
Well it has 8 MDG's meaning the 8 millennium development goals.If you want to know more about it than my gmail id is : lakhani.ayesha
please let us know if your intrested in doing social work for us.

In 2007, Over 43.7 million people, in 127 countries broke the Guinness World Record for the largest number of people to “STAND UP AGAINST POVERTY” in 24 hours