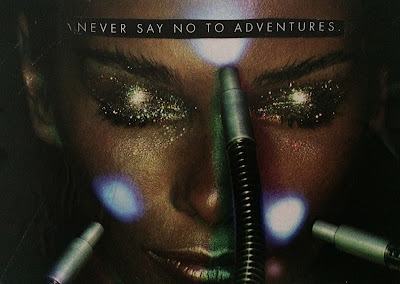 Who would have guessed that a near quarter century later
All I would remember of that beautiful film
Was the excavation of dreams?
I'm afraid to watch it now
It feels like going backwards and, besides,
Who has the time?
I suspect it would feel dated,
Embarrassingly so, as it tried so hard
To be about the future. Instead,
It was filled with fin-de-siecle angst and
Mirrored that brief period of flux
When we all thought the world
Could change into something greater,
Something more. It was the beginning
We could see the energy fields and
Networks that would link us all
But it was still an infant then
Jelly soft and wet from birth
The isms hadn't yet dried it to a hard
Shell of cynical sameness. We still imagined, or maybe we just hoped,
Our dreams might hold all the answers.
Email Post
Labels: August Postcard Poetry Festival 2016 Collage Movies Passage of Time Poems Summer Youth