Till The Day Comes When You Realize

As I spent the afternoon walking down memory lane with YouTube, I realized The Church's Tantalized should have been my first post after a long hiatus

I am afraid that not much more of the song can be compared with my life. Thankfully, Pandora's box has revealed no new suprise, I have not been breaking any laws for the past hundred and one days (though Fred can tell you, any and all days with me are voluptuous) and there was no seductive logic which bound me. I was going to say that, sadly, there has been no glitter to have me mesmerized, but then I remembered that though I was randomly walking past the Baccarat display in Macy's--did you know Baccarat made jewelry?--and saw this, so I am a bit mesmerized now that I think about it, but unfortunately, none of the mesmerizing glitter is in my possession.

I was thinking more about the lyrics and realized that they sounded like a Neil Gaiman novel (I gave money to ghosts, I insulted my hosts) or maybe, because I have just started reading Vellum, I really mean a Hal Duncan novel (I turned up in some harsh, doomed city on another plane), but either way, if you image search either Gaiman or Duncan, they look like they could have been members of The Church circa 1986 (dark floppy hair? check. Leather jacket? check. Aura of intelligence behind the rock and roll attitude? check).

All of this is irrelevant when faced with the absolute brilliance of this song. Seriously, the opening guitar riffs make my skin ping and I nearly explode with anticipation waiting for Steve Kilbey to sing the opening lyrics. If they tour again, I will see them, though this makes me crabby. While the video below from 1998 proves they can still be great live, it cannot compare to the fabulousness of their heyday (pun completely intended). So while I feel blessed to have tickets for Robyn Hitchcock, Franz Ferdinand, and U2, I find myself grumbling that I do not have a time machine to take me back to 1988-1990 so that I can see The Church as I remember them (young, thin, so sexy that becoming a groupie sounded appealing). Because while memory is often imperfect, in this one area, I know it is not (and I sortof have YouTube toback me up).

Anonymous said…
Lonely time I will also obtain from the runescape money memory warm, simultaneously will also look to oneself is getting more and more clear. After alone has lived period of time, had discovered me who, affirmative I and denial I the innumerable time dialog - - is friends with quite goes on living oneself innermost feelings in runescape gold carry on I who and must depressed get down, had loved I and already was determined now gives up between me dialog. I always did not know that I am originally mature and weak,intelligent and the superficial self-union become? Also did not know that runescape accounts these battles the self-between dialog also needs me to trace? Actually if the feeling is human who is alone in the world should positive reply these questions, and greets the new life.
8:04 PM, April 26, 2009 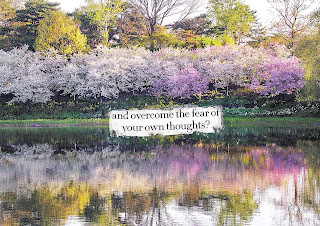