Fun Fact I Wish I Had Known 20 Years Ago 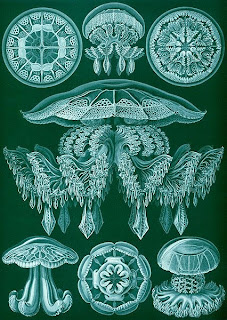 There is a group of jellyfish called Discomedusans (or Discomedusae, if you prefer).
How did this never come up?
My mother is a biology teacher and she never mentioned this to me. Sure, she is retired now, but she was still teaching back when I was a teenager, you would think that somewhere in all our back and forths on the topic of whether or not I could go to what I then had reason to believe was one of the coolest places on earth, she might have said something. Anything. "No, young lady, I am not letting you go turn yourself into a jellyfish!" Of course, I would have assumed she was making some oblique reference to drug usage and would have insisted that I only wanted to go there to dance. 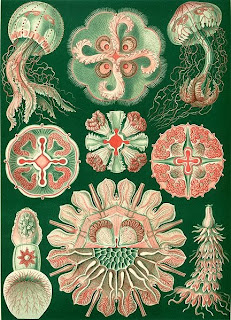 And even though my mother did not make the obvious connection, how about the rest of the world? Medusa's was prominent enough that someone really should have made this connection. I mean, if the history of Dave Medusa is to be believed, Medusa's on Sheffield was the Chicago answer to Studio 54 and I am 100% sure someone would have pointed out if a group of sea invertebrates were known as Discostudiofiftyfourans.
All I am saying is I should not have had to learn about this from Prolific on Facebook.
Email Post
Labels: Cool Stuff goth girl Youth