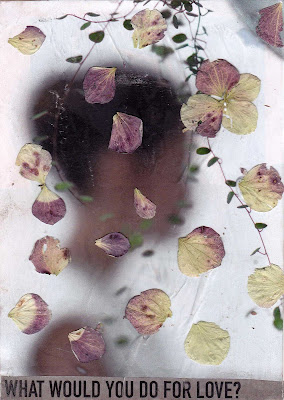 Is there a name for hallucinating
Music in the night? I hear it
Softly, like an echo of all that
Has been absorbed throughout the
Day. Sometimes it sounds like
TV jingles, other times it's
Rock and Roll (maybe it's not music but the buzzing from my soul) It's
Quiet, I often doubt myself. It's just my imagination (once again)
But then a chord breaks through
The fog of sound, the
Cacophony of white noise
We call silence. Perhaps
It's the neighbors, though
It only happens in the night
I never hear them through
Brick walls at other times
Or when other people in my house are
Awake. I probably should not never have
Mentioned it. It's nothing. Except
It makes it hard to fall asleep
Email Post
Labels: August Postcard Poetry Festival 2018 Collage Insomnia Poems