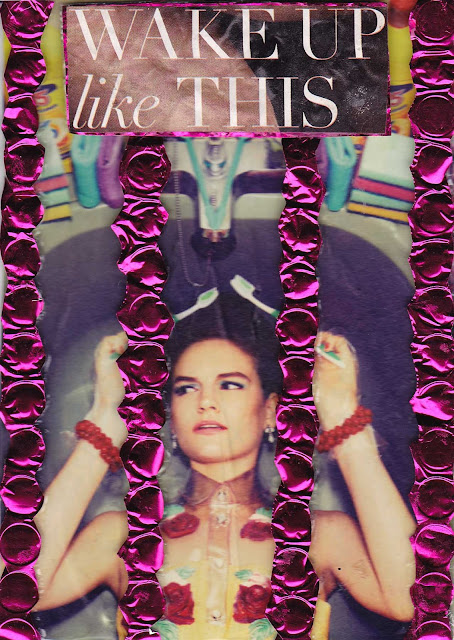 The adrenaline rush and psoas clench
Hit so hard and so often. Yes
Sometimes you get that in between state
That fuzzy period between
What we live and what we dream
The reprieve from the constant
Pound pound pound of information
Or rather, a different type of
Sensory surge which almost
Restores equilibrium. But
Usually it's the flash and bang of
Shock and awe, practically as
Sure as sunshine, though twice as bright, it's
There to greet you, make you sweat,
Just try to shut out the
Light and heat. Remember when?
We all believed we had more time
We went weeks without this feeling
It wasn't every minute or even every day. But
Admit it, you've grown a bit addicted, haven't you? After all
Panic is a type of drug
Email Post
Labels: August Postcard Poetry Festival 2019 Collage Culture Do Something Poems Politics